The inaugural Oscar's Oscars recipients have been notified, in suitable cutting edge style via the magic of Twitter. Details of the tar-studded awards ceremony were reported in an earlier post. Nothing now remains but to record those awards and accolades in a less transient medium. Here:

•    Vanessa Gebbie - For metaphoric mechanics and literary lubrication.
•    Paul Conneally - For being Journo with the Buzz.
•    Flash Fiction Online - For excellent literary taste and content ;) .
•    Mrs Darcy v the Aliens - For Georgian tension with tentacles.
•    GUD Magazine  - For a truly eye-opening cover.
•    Captain Isambard Smith  - For being Pym's Number One (The John Pym, that is).
•    Greg McQueen - For his heroic Hundred Stories for Haiti.
•    Alex Brown  - Just for fun.

This may be all very  silly, but it has been great fun and the good wishes expressed are genuine. Thanks everybody for taking it (I hope) in the spirit of fun in which it was intended.

Please don't forget the light as you leave.

Have a great weekend.
Posted by Oscar Windsor-Smith at 22:15 4 comments: 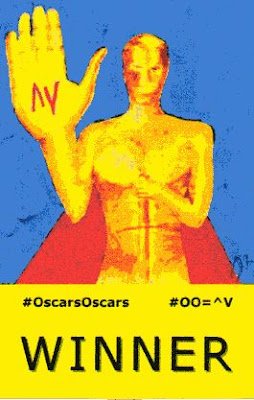 'Tux Among the Trucks' - Leading lorry driver from Brussels

Stephen Fry,  Cheryl Cole, Sharon Osbourne, Julia Roberts and Simon Cowell were among scores of glittering A-list celebrities who were absent on the red carpet at last night's  prestigious Oscar's Oscars award ceremony at the luxurious and world-renowned Scratchwood Service Area. In fact the red carpet was also absent, having been repossessed on Wednesday morning by my Aunt Elsie and replaced in her hallway. This minor glitch did nothing to detract from the warmth and sincerity of the moving ceremony. It had to be a moving ceremony because the security guys claimed we were causing an obstruction, but I've worked around this problem for next year. I'll hold the ceremony on the M25 in the rush hour, which will give us much more time to socialise without fear of being moved on.

I'm calling this a Press Release because nobody has volunteered to report on the event (or to accept the awards, for that matter) so I'm having to press the lot on whoever I can and not release my vice-like grasp until they agree to my reasonable demands.

I'm frequently asked to explain the meaning of the formula: OO=^v. Frequently... I just thought you might like to know that.

I also sense other unasked questions: 1) Why Oscar's Oscars? and, 2) Who the hell do you think you are? Well, to tackle those tacit questions in order: 1) Oscar is my name, so calling them Arthur's Oscars would be disingenuous; 2) I think I'm Oscar, but if you know otherwise, please do inform me. Thank you.

For the record... or should that be: For the CD/MP3, nowadays? Well, whatever, like so many things I've done in my life, Oscar's Oscars began as a spontaneous piece of silliness. It would have remained a piece of Friday silliness, in isolation, had it not been for a couple of acquaintances finding it amusing... If you've got children you'll have heard the plea many times, especially in connection with boys: 'No. Please don't laugh, it will only encourage him.' Yea, well. Right. Who says men never grow up? Right again. So here we are.

What's it all  about?

Nothing more than me - Oscar - giving people I like and/or admire a hi-five (there you are), and sometimes... just  sometimes, doing a leeetle bit of creeping. This is the inaugural annual ceremony, but Oscar's Oscars are also presented on an ad hoc basis, and when I feel like it, too.

Anyway, the full list of 2010's annual awards will be published, and no doubt ignored, on Friday 5th March 2010.

Please do turn out the lights when you leave, after paying for all these expensive awards I really can't afford enormous lekky bills. 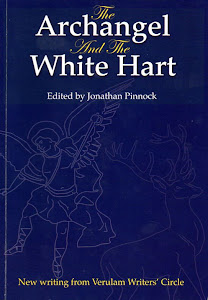